Are you worried about memory – for yourself or others? Here are the steps to take.

It’s no secret that as people get older, cognitive and motor skills begin to start to decline. Every physical task becomes increasingly difficult to do, and mental faculties begin to experience a decline as well. How do you recognize these signs and what can you best do to mitigate their effects?

What Can I Do?

Other existing conditions can exacerbate MCI, such as smoking, hypertension, high homo-cysteine levels, type 2 diabetes, insulin resistance, hyper-cholesterolemia, and obesity. However, changes in diet and lifestyle can help mitigate it. Dietary measures, such as high intake of fish, fruit and vegetables have a positive role for their omega-3 fatty acids (docosahexaenoic acid and eicosapentaenoic acid), antioxidants (vitamin E and flavonoids).  B group vitamins, such as folate, B6, and B12, are essential to controlling MCI.

Regular exercise is also key to mitigating the effects. According to one study, women seem to be more affected by exercise than men because of changes to the body’s use and production of insulin, glucose and the stress hormone cortisol which differ in the sexes. The study noted that both light exercise such as bowling, slow dancing or golfing with a cart and vigorous exercise (including jogging, skiing and racquetball) were associated with reduced risk for mild cognitive impairment. That means that exercise can be done in moderation. Those who did mild exercise were able to slow or mitigate the effects, while those who remained sedentary had it progress normally or become worse, depending on other existing conditions.

Older people tend to go through more surgical procedures, and one of the biggest side effects is delirium—a state of confusion that might lead to cognitive impairment.

Cognitive impairment is a normal part of aging, but with the right diet and exercise one can still live life to the fullest, even at a very advanced age.  If other conditions exist, you should take extra care to be sure the right steps are being taken. 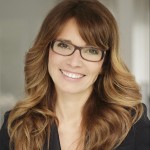 Felicity Dryer is a women’s health and fitness expert with additional interest in elder care. She hopes you enjoy this article, and encourages you to check out all of the other great resources found on ZestNow.

Do the After-Effects of Menopause Worry You?

Get the Most Out of Your Doctor Visit