New brain science has rapidly transformed our view of basic neurological differences between men and women. Earlier scientists could investigate these differences only by studying the brains of cadavers or the symptoms of individuals with brain damage. But thanks to advances in genetics and noninvasive brain-imaging technology, there’s been a complete revolution in neuroscientific research and theory. New tools, such as positron-emission tomography (PET) and functional magnetic resonance imaging (fMRI) scans, now allow us to see inside the human brain in real time, while it’s solving problems, producing words, retrieving memories, noticing facial expressions, establishing trust, falling in love, listening to babies cry, and feeling depression, fear, and anxiety.

As a result, scientists have documented an astonishing array of structural, chemical, genetic, hormonal, and functional brain differences between women and men. We’ve learned that men and women have different brain sensitivities to stress and conflict. They use different brain areas and circuits to solve problems, process language, experience and store the same strong emotion. Women may remember the smallest details of their first dates, and their biggest fights, while their husbands barely remember that these things happened. Brain structure and chemistry have everything to do with why this is so.

The female and male brains process stimuli, hear, see, “sense,” and gauge what others are feeling in different ways. Our distinct female and male brain operating systems are mostly compatible and adept, but they perform and accomplish the same goals and tasks using different circuits. In a German study, researchers conducted brain scans of men and women while they mentally rotated abstract, three dimensional shapes. There were no performance differences between the men and women, but there were significant, sex-specific differences in the brain circuits they activated to complete the task. Women triggered brain pathways linked to visual identification and spent more time than men picturing the objects in their minds. This fact merely meant that it took women longer to get to the same answer. It also showed that females perform all the cognitive functions males perform—they just do so by using different brain circuits.

Under a microscope or an MRI scan, the differences between male and female brains are revealed to be complex and widespread. In the brain centers for language and hearing, for example, women have 11 percent more neurons than men. The principal hub of both emotion and memory formation—the hippocampus—is also larger in the female brain, as is the brain circuitry for language and observing emotions in others. This means that women are, on average, better at expressing emotions and remembering the details of emotional events. Men, by contrast, have two and a half times the brain space devoted to sexual drive as well as larger brain centers for action and aggression. Sexual thoughts float through a man’s brain many times each day on average, and through a woman’s only once a day. Perhaps three to four times on her hottest days.

These basic structural variances could explain perceptive differences. One study scanned the brains of men and women observing a neutral scene of a man and a woman having a conversation. The male brains’ sexual areas immediately sparked—they saw it as a potential sexual rendezvous. The female brains did not have any activation in the sexual areas. The female brains saw the situation as just two people talking.

The female brain has tremendous unique aptitudes—outstanding verbal agility, the ability to connect deeply in friendship, a nearly psychic capacity to read faces and tone of voice for emotions and states of mind, and the ability to defuse conflict. All of this is hardwired into the brains of women. These are the talents women are born with that many men, frankly, are not. Men are born with other talents, shaped by their own hormonal reality. But that’s the subject of another book.

For twenty years, I’ve eagerly awaited progress in knowledge of the female brain and behavior as I have been treating my women patients. It was only at the turn of the millennium that exciting research started to emerge revealing how the structure, function, and chemistry of a woman’s brain affect her mood, thought processes, energy, sexual drives, behavior, and well-being. This book is a user’s guide to new research about the female brain and the neurobehavioral systems that make us women. It draws on my twenty years of clinical experience as a neuropsychiatrist. It culls from spectacular advances in our understanding of genetics, molecular neuroscience, fetal and pediatric endocrinology, and neurohormonal development. It presents samplings from neuropsychology, cognitive neuroscience, child development, brain imaging, and psychoneuroendocrinology. It explores primatology, animal studies, and infant observation, seeking insights into how particular behaviors are programmed into the female brain by a combination of nature and nurture.

Because of this progress, we are entering an era, finally, when women can begin to understand their distinct biology and how it affects their lives. We all know from experience that women and men can be astronauts, artists, CEOs, doctors, engineers, political leaders, parents, and child care providers. My personal mission has been to educate interested physicians, psychologists, teachers, nurses, pharmacists, and their trainees to benefit the women and teen girls they serve. I have taken every opportunity to educate women and girls directly about their unique brain-body-behavior system and help them to be their best at every age. It is my hope that this book will benefit many more women and girls than I can personally reach in the clinic. It is my hope that the female brain will be seen and understood as the finely tuned and talented instrument that it actually is.

From the book THE FEMALE BRAIN by Dr. Louann Brizendine, published by Broadway Books, a division of Random House, Inc. Reprinted with permission. 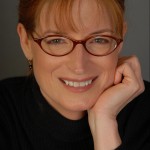 “The Female Brain” is written by Louann Brizendine, M.D. Dr. Brizendine is a neuropsychiatrist at the University of California, San Francisco, and the founder of the Women’s and Teen Girls’ Mood and Hormone Clinic. She previously served as a faculty member at the Harvard Medical School and is a graduate of the Yale University School of Medicine and the University of California, Berkeley, in neurobiology. She lives in the San Francisco Bay area with her husband and son.

How to Start an Exercise Program After 50