Let’s play a game! Come on. Be a sport. It’ll put a smile on your face so why not? Maybe you’ll even be able to say you won.

Homophones are two or more words which sound identical but are spelled differently and have different meanings. An example is the following: “oar,” “or,” and “ore.” How many can you identify as you learn about my adventures with them?

My exploits began with the old story we used to tell in my family, about a poor family that immigrated to the United States from a little isle in the sea off the coast of Greece. They had to flee the country in a hurry to take advantage of a job offer in America. Once they settled and

started to become financially able, they sent care packages home to their loved ones in Europe. Their European family members could not always understand the labels on the tins sent from America, but they were always grateful for the supplies. They would brush off an occasional flea and sometimes an ant crawling on top of the box and happily open the gifts inside. (Are you still with me and counting the homophones?)

On one such occasion, a package arrived for the family in Europe with a letter to follow a day or two later. The family eagerly opened the package and began consuming the treats inside. One unmarked tin was a complete mystery. When the family opened the tin, they found it to contain a light colored powder, and promptly added water and boiled up a tasty pot of soup with a little bacon grease for added flavor. It was delicious. The letter came four days later. It stated the American family’s sorrow over the loss of Aunt Mary and explained that her ashes were enclosed in the tin in the care package. When Mary’s niece read the letter, the poor thing went insane and ran screaming through the neighborhood “I ate my Aunt! I ate my Aunt”! It was horrible. It was funny. It was horrible.

The family eventually got over the incident and went to bury Aunt Mary’s ashes. Other packages continued to arrive from America, the weight of one always heavier than the next, full of jams, canned meat, and sometimes a different kind of berry or two. One package came with eight different types of cheese. But after the incident with the ashes, they would always wait to meet the mailman looking for any follow up letters before they ate any of the goodies inside.

I’m full of many other stories that my family used to tell. When my kids were little and we would take long drives down the dusty roads of Texas, we often saw cows and a bale or two of hay on the side of the road. From the silent car, one of us would always yell out “hey” to get a reaction. We’d always wait to see who would say “what?” and fall for the joke. It was always funny. Did you really see hay or did you just shout out “hey” to get the desired response. Invariably, one of us always fell for the joke.

One of my fondest memories of my grandfather was the time he came home exasperated telling us that the weather was too bad and too icy for the toll taker to be trying to have a conversation with the drivers that went through her booth that day. When we looked him in the eye and asked him what on earth he was talking about, he told us that he threw his money in the toll basket, then the toll taker said “I see spots.” Grandpa said it was just ridiculous. He told her that if she was seeing spots, that she should go see her doctor. He turned beet red when we told him that the toll taker was just trying to be nice when she gave out the warning that there were “icy spots” on the road.

I must tell you something about all these stories. They’re all completely true. In full disclosure, I don’t know if the story about the family in Europe is true, but the fact that we used to tell it when I was growing up, is completely true – so too is the story about hay and my Grandpa’s “icy spots.” I will now leave you in peace about this piece on homophones so that no one arrests me and I have to have my husband come bail me out.   By  Leslie Handler

The following homophones were used in this essay: (Did you find them all, or did you get tied up in a knot?) 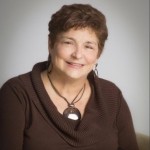 Fun with Telemarketing - Or Not!

I Appeared on the Today Show – And Liked It!

Are Your Favorite Magazines Doomed? 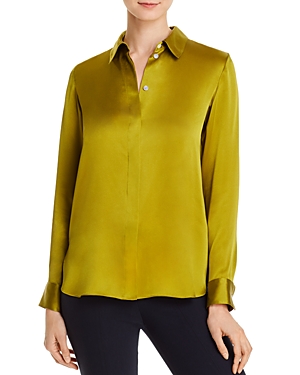