According to widespread studies the average woman reaches the menopause at 51 years of age. The menopause is characterized by hormonal changes which, in turn, can lead to a range of unpleasant side effects. These may include hot flashes, rising cholesterol and feelings of depression.

Bearing in mind the life-changing experience of the menopause for many women it is hardly surprising that so many of us are willing consider a range of different treatments. While HRT might be the most commonly-prescribed option, concerns as to the side effects mean that ever more of us are taking a more “natural” and “holistic” approach to the menopause.

One study of 886 women in Washington State revealed that 76% of participants had tried one or more non-drug remedies in the last 12 months. Just a few of the options touted include acupuncture and massage therapy, despite repeated studies highlighting their lack of efficacy.

The question then remains: what treatments do have positive results from well-run scientific analysis? How can we control the unpleasant downsides of the menopause without relying solely on prescription medications?

We all know that exercise is important for our health, but never is this more important than for women going through the menopause. But why is this?

Osteoporosis is the name given to the loss of bone mineral, resulting in thinner, weaker bones. Such bones are far more fragile, and so can result in fractures. The hormonal changes that occur during the menopause are known to be one of the major causes of bone mineral loss.

Experts divide human bone tissue into two different forms; “cortical bone” which is rigid and is much less likely to fracture than the other kind, known as “cancellous bone”, which is softer. It is this second type of bone tissue that is found at the end of bones such in the hip, wrist and the pelvis. It is no coincidence that this is where the majority of fractures also occur in adults.

Studies have shown that throughout their lives, women lose an average of 50% of their cancellous bone tissue and up to 35% of their cortical bone density. This is a serious problem for many of us, with fractures becoming ever more likely. According to the National Institute for Health & Care Excellence hip fractures leads to permanent disability in 50% of cases, and are fatal in 20% of cases.

Fortunately, regular exercise combined with a diet that is rich in the building blocks of bone – calcium, phosphorus and vitamin D – can help to strengthen the skeleton and prevent the natural breakdown of bone tissue.

Of all the symptoms experienced by women during the menopause so-called “hot flashes” are perhaps some of the most visible. While the long-term effect on your health may not be as serious as osteoporosis, the impact on quality of life – including getting suitable sleep – can still be unpleasant.

Here, again, there is evidence that a more active lifestyle, incorporating moderate exercise, may help in easing the symptoms.

A survey involving 1087 women asked about their experiences with hot flashes, as well as recording a variety of lifestyle factors. The researchers found that women with a higher body mass index (BMI) were predisposed to more severe or frequent hot flashes. Taking part in regular exercise can be an excellent way to burn more calories, and so reduce body fat. In doing so, there is a good chance that alongside all the other benefits of regular exercise you’ll also experience a reduction in hot flashes and night sweats.

A fascinating and wide-ranging study on the experiences of middle-aged women going through the menopause followed a group of over 400 women for a period of six full years. During this time, the appearance of menopause symptoms were recorded, and contrasted with a range of lifestyle and behavioral factors.

The first worrying result to appear was that the frequency and severity of hot flashes seemed to increase over time. For example, “only” 37% women considered to be in the early stages of the menopause experienced hot flashes. In contrast, however, 79% of women clinically defined as being “postmenopausal” suffered from the same complaint.

Just because you haven’t yet suffered from hot flashes yet, therefore, don’t necessarily assume that you won’t suffer in the future.

However, it is the second pattern that is of more use here. The scientists discovered a direct correlation between feelings of anxiety and the onset of hot flashes. They concluded that finding ways to control anxious feelings – be that through yoga, meditation or behavioral therapy for example, all have the potential to improve the symptoms we know as “hot flashes”.

Isoflavones are unique compounds found in plants, and are thought to mimic the activity of estrogen in the body. It is believed by many that the consumption of these isoflavones therefore helps to prevent the many menopause symptoms caused by falling levels of estrogen. Indeed, so popular are isoflavones that a study of 1,296 women undergoing the menopause reported that over 25% of respondents had used isoflavones in the preceding twelve months.

So where do you find these isoflavones? Possibly the best-known source of all is from soya. Indeed, it has been suggested that one of the reasons why women in some Asian countries seem to suffer far less from the menopause is the large volume of soya consumed in their diet. However, it isn’t necessary to live on tofu; these days, soya isoflavones are popularly available insupplement form, which can offer a rather more practical solution.

Along with isoflavone therapy, another herbal treatment that has shown some hopeful results in clinical settings is St. John’s Wort.

However, it should be remembered that hot flashes, while an unpleasant experience, are really only one element of the menopause experienced by many women. Another, just as insidious, are impacts on outlook. All too often, the significant hormonal changes that characterize the menopause can also lead to feelings of depression and isolation. Here, too, St. John’s Wort seems to offer some potential assistance.

301 women who had been diagnosed with psychological changes in response to the menopause were prescribed with a combination of St. John’s Wort and black cohosh for a period of 16 weeks. In that time, the symptoms of depression reduced by an impressive 41% among the treatment group.

While you should always consult your physician first in cases of the menopause, there are a number of other therapies that demonstrate some positive results.

Now is the perfect time to start that new exercise regime you’ve been considering, to bulk up on calcium in your diet, learn to relax a little bit more and consider some of the more popular “herbal” treatments.

While it would be wrong to guarantee the impact of these solutions – after all we’re all different – there is a healthy volume of scientific research to suggest that they may help to ease your menopause symptoms and improve your quality of life. What have you got to lose?

Let me know what you think.

This article is brought to you by Simply Supplements 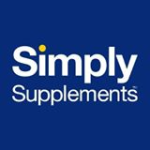 Matt Durkin MSc is a qualified nutritionist who offers advice on diet, exercise and supplementation at Simply Supplements.

10 Shocking Reasons Why Divorce Is SO Common Today

What’s in Your Beach Bag This Summer?