“It’s something everyone should do at least once.”

My son and his wife had moved to California and I was planning my first visit. I knew I’d be happy on the flight out to see them, but on my return trip to Philadelphia I was bound to feel a little blue.

Why not treat myself to first class on the flight back, to have something fun to look forward to?

Well, for one thing, the whopping $326 price tag. But I’d warned Tom when he moved across the country that he really left me no choice but to squander his inheritance on cross country visits. Just this once, I decided I could deplete that hard-earned stash a bit faster with an upgrade.

Economy to California. First Class back. So what exactly did I get for that extra $326?

Waiting to board my California-bound flight, I stood in a throng of anxious fellow passengers, while gate agents repeatedly announced: “It’s a full plane. By the time you board, there probably won’t be room left in the overhead bins, so why not volunteer to check your suitcase now?”

“This is what we get for flying in the cheap seats,” I remarked to the woman standing next to me.

“What are you talking about?“ she asked.  “We’re flying to California. There are no cheap seats.”

Meanwhile, the First Class passengers sauntered onto the plane, secure in the knowledge that there was more than enough room for THEIR stuff.

Upon boarding, I nabbed the last available space to stow my suitcase, then buckled myself in. We were packed into those seat rows  like sardines in a can. But, checking out my fellow travelers, I was happy to find that I’d been spared Mr. Morbidly Obese Seatmate, Miss Body Odor and Mr. Loud-talking Motor-mouth.

And the ubiquitous sobbing baby was many rows away.

In flight, to stretch my legs, I’ll occasionally leave my seat to stand at the back of the plane. Many flight attendants consider this THEIR space, and discourage passengers from making ourselves at home there.

But today, flight attendants Mario and Taylor, instead of chasing me away, were up for company. After bonding over the topic of working with the public (I‘m a librarian), we moved on to the weather, living in Chicago and President Obama.

“Do you like ice cream?“ Taylor asked suddenly. Apparently First Class had ended up with a few extra sundaes, so he gifted me with one. As I gobbled free ice cream, (It’s a well known fact that food consumed in flight has no calories) a variety of folks came back to use the lavatory, then stayed to join the conversation, including a bearded gent in a cassock who responded to my compliment on his outfit with an informative lecture about the Greek Orthodox Church.

By mid-flight, we had a fabulous little salon going on at the back of the plane. Before I knew it, we were landing in San Francisco.

The trip back? This time I was among the lucky few who boarded first. I settled into a comfy leather seat with ample leg room. Michael, our flight attendant, introduced himself. Then, as the other passengers filed glumly past on their way to the sardine seats, he served drinks. (In actual glasses!)

The moment we hit cruising altitude, Michael morphed into a waiter at an upscale restaurant and spent the next two hours wining and dining us. The food was delicious, our drinks constantly replenished. And for desert? An ice cream sundae!

After handing around a basket stocked with upscale post-dinner snacks, Michael left us to our own devices. (Literally, since everyone in First Class but me was tapping away on a laptop.) I settled in happily and read my book until we landed in Philly. Am I glad I flew first? Sure. It’s something that everyone should do at least once.

Well, I don’t know if this is good news for United Airlines, but I actually enjoyed the fight out just as much as the return flight. Maybe a little more. Yes, First Class had fabulous seats, guaranteed room in the overheard, and a tasty meal on actual china.

But schmoozing with a couple of soul mates who treat you to free ice cream?

That was pretty cool too.

Would I splurge for first class again?

Probably not. But the next time I board a plane, I hope to be re-United (HA!) with Mario and Taylor. Any flight they’re on is gonna be first class.

6 Tips - Use Mindfulness to Improve Fitness

Get Inspired! Go to the Women at Woodstock Event 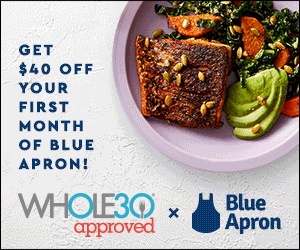