In 2005, my mother, who was suffering from non-Hodgins lymphoma and various other ailments, moved in with my 11-year-old son Paul and me. Mom was still ambulatory, but osteoporosis, arthritis, and phlebitis were making movement increasingly difficult. During the first year of this arrangement she acquired vascular dementia brought on by a series of mini-strokes.

Paul and I spent several months caring for her at our home but we were woefully unprepared for the task. When her falls became more frequent and she clearly needed full time attention, I reluctantly agreed to let her be taken to a hospital. Five days later she was in a nursing home, and four months after that she was in an assisted living facility.

After three difficult years of such care, my cousin Starr asked me if I had considered hospice. My response was to assure her that although Mom was in deep dementia and completely dependent upon physical assistance for even the simplest of tasks, there was no indication that her passing was imminent. My immediate association with the word “hospice” was a one-dimensional scenario of hopelessness personified.

Nevertheless, Starr urged me to look into hospice. I finally took her advice, and thus began a profound learning experience.

How it Worked for Me

A hospice evaluation soon confirmed that Mom indeed qualified—and that her insurance would cover the services. This was an amazing revelation. From that day forward a hospice caregiver would come by three times a week and make sure Mom was properly bathed and generally being treated well. A registered nurse visited at least once a week to monitor any medications and health concerns, keeping me fully informed along the way. If there was a specific concern, the nurse visited more frequently. A chaplain and social worker each made regular visits as well.

Having hospice involved was a huge benefit toward ensuring that Mom was comfortable and safe, which in turn eased my own stress. This became even more important a couple of years later when my fiancée Janice had emergency brain surgery to remove a malignant brain tumor. Unable to visit with my usual frequency, hospice became my lifeline to Mom during those weeks. When it became apparent that Janice was not going to win her battle, hospice again stepped to the front.

What Hospice Taught Me

After two months in the hospital we were able to bring Janice home. Hospice provided all of the necessary equipment and supplies for us to properly care for her needs. The caregiver showed me how to bathe Janice and change her clothing and sheets with the least amount of discomfort. The RN made sure I understood how to use the feeding tube and how to gage her need for medication. I spent many hours a day alone with Janice, but I never felt alone. There was a team involved.

I have accrued years of experience in dealing with healthcare professionals and caregivers, from the top hospitals to the bare-boned assisted living facilities and nursing homes. Some were exceptionally dedicated and skilled, and most were genuinely compassionate and competent. But some were less than competent. Hospice workers are different. I’ve never encountered a hospice worker who was anything less than fully and passionately engaged with the difficult task at hand.

Where I once associated hospice with death, I now regard hospice as representing the essence of life itself. Because of hospice Janice and I were able to experience life to the fullest in her final weeks, and I was able to share in her journey as much as humanly possible.

As a society we ascribe deep significance to the beginning of life; for many, birth is the moment where the physical is most connected with the spiritual. Hospice provides an opportunity to embrace the end of life just as profoundly and lovingly.

Easing the transition of a loved one and sharing the moment of passing are among the finest gifts we can hope to give and receive in this life. I consistently seek new ways to express my gratitude to hospice for my gaining this awareness. 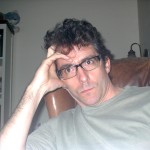 Phil Rice is a native Tennessean whose career as a writer, editor, and teacher has also included extended residencies in Florida and Pennsylvania. His writing has appeared in a variety of magazines, journals, and books. He and P.A. Merrill founded Canopic Jar: An Arts Journal in 1986, a venture for which he continues to serve as editor. In 2003 Phil edited The View from My Ridge by Charles E. Rice, which became the first book to bear the Canopic Publishing imprint. Currently he shares a home with the poet Virginia Smith Rice in Woodstock, Illinois. His book “Winter Sun” is available on Amazon.

4 Reasons to See a Doctor about Your Menopause

My Only Son Moved to California - I was Not Thrilled

Can You Find Family Information You Need in A Emergency?