You are walking down the street with your arms full of groceries when a beautiful man accidentally bumps into you and knocks the bags from your hands. Your eye’s meet as you both scramble to pick up your fallen produce. Sound familiar? This is a common movie trope. In real life, when a man bumps into you it’s usually because he’s trying to steal your purse.

The dating scene isn’t much different. Going blindly into a relationship or even a date can be asking for trouble. It doesn’t matter how old we are, we all want to believe that our attraction is mutual and real. What you should trust are your instincts. There are plenty of fish in the sea and lots of nice men out there, but the bottom feeders are also nibbling on the famous free dating site and even the ones that require a monthly fee.

I worked as a private investigator for 28 years and during that time, I investigated many cases of infidelity. If the person you trusted more than anyone else in the world can deceive you, why is it so difficult to believe a stranger can pull one over on you? You don’t need to hire a P.I. every time you go on a date, but you can do some background work on your own:

It’s sad that we have to go to this trouble, but there are plenty of scammers out there.  People think private investigation is all about skill and knowledge. It is, but it is also about common sense. If you meet a man online, tell him you want to Skype with him. If he says he doesn’t have a camera on his computer, it could be true, but an IT guy who doesn’t have a laptop with a camera is a liar.

A few months ago, I helped a friend check out the man she was dating. It turned out he had a wife, three children and two girlfriends on the side. He told her he worked for a bank. He was a truck driver. This man had a number of fake profiles online and a photo search like the one I discussed earlier pulled those up.

If you are getting serious about that new man and things aren’t adding up, you may want to hire a private investigator before you invest your time and emotions in a new relationship.

Don’t give a man any information that could allow him to steal your identity or your heart before you know that he is exactly who he says he is. You are worth so much more. 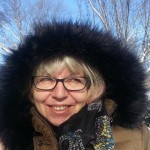 Pamela Stewart is a writer and interviewer for First Wives World, a community that cares deeply about the challenges women face when going through separation and divorce.

Pamela honed her research and interviewing skills during a 28-year career as a private investigator. The Toronto, Canada native writes fiction and non-fiction. Her work has been published in literary magazines, newspapers and in the digital world. The versatile writer has written blog posts on a variety of topics. Her first book, Elysium and Other Stories was published by Anvil Press in 2008. She is currently working on a novel.

Unfriending Is Hard To Do

Matchmaker, Matchmaker Make Me a Match – After 50

5 Health Tips To Make You Better in Bed

Six (Or More) Ways to Please Your (Menopausal) Lover