No couple decides to get married thinking that there are going to be problems. You go in thinking this is your fairy tale, happily ever after, and that’s that. However, marriages and relationships need constant tending to remain healthy and thriving.

Inevitably, a couple may hit a rather large stumbling block that requires marriage advice from an objective third party. A marriage counselor or therapist can teach a couple the tools to relate to each other and handle any issue that pops up.

How do you know it’s time to seek out couples counseling? I have compiled 15 signs and behaviors that may tip you off.

1. You stop talking to each other

Most problems come from a lack of communication and misunderstanding. Communication breakdowns are hard to bounce back from, but a therapist can intervene and teach you both the right way to speak to each other.

Negative communication like daily arguments over trivial things or devolving into insults and character shaming. Such behavior will make a spouse feel judged, insecure, or unwanted, effectively wearing down their will to stay together.

Instead of being forthcoming with feelings, we swallow them because we just can’t handle the discomfort of bringing things up. Be it something big like money, or something that may seem trivial like doing the dishes, a marriage therapist can teach a couple how to air their grievances in a healthy way.

This includes the silent treatment, refusing hand holding, and or withholding sex. One partner will get angry about something and completely cut their spouse off as a means of punishing them for their behavior. A well-balanced couple doesn’t feel the need to punish each other as a parent would a child.

5. Feeling as though you’re sleeping with the enemy

If you feel like you are becoming adversaries as opposed to being partners, seek out couple’s counseling for help.

Every person is allowed some modicum of privacy, but if you find you or your spouse are actively hiding things from each other that becomes a problem.

Have you either thought about or have actively sought out an affair? The best tactic is to seek help and handle those feelings BEFORE acting on them. If the deed is already done, marriage counseling may still be a chance to pick up the pieces or guide you both to a means of moving on.

This can come in the form of needing full control over a couple’s money, shutting a spouse out of financial decisions, or even hiding some out-of-control spending habits. If this is you, or you are married to somebody with any of these behaviors, seek help. Finances can be more damaging than a bout of cheating.

9. Thinking things would be perfect if only your spouse would just change

The only person you have the power to change is yourself. By attempting to change your spouse you create resentment and dissonance in your relationship. A marriage therapist can help you both figure out exactly what you want and how to relate to each other.

There is a connection that has gone missing, communication has broken down, and you both are essentially living lives separate from each other. This isn’t just having separate hobbies. You have stopped being intimate, having conversations, and are just going through a rhythm to get through your day together.

11. A dramatic shift in your sex life

A couple’s sexual relationship ebbs and flows over time. Some periods are hot and heavy while others are less active; this is normal. If you have gone from having regular sexual encounters to zero or are having a severe uptick in activity (to the point of excess) this could indicate a problem.

Every single person has funny little things that just drive him or her crazy to the point that arguments constantly break out over them. This could be their spouse leaving clothes next to the laundry basket rather than in it, not replacing the milk when it runs out, or not loading the dishwasher “correctly.”  Relationship counseling can help suss out what the real problem may be and teach a couple how to handle it.

These are the problems that linger on for months with no solution to be found. To a couple, it feels like these problems will just forever be a part of their relationship ‘til death parts them.

Counseling may be the answer. It may just take a fresh pair of eyes and ears to find the root of the problem and resolve it.

When an issue lingers in a relationship long enough it’s easy for a person to give up or just stop caring. Eventually the fight has gone on so long over the same things that you feel like it’s just not worth the effort anymore. Apathy is the outward manifestation that you just don’t value your marriage any more.

Your marriage had hit a major event at some point. It may have been an affair, a miscarriage, or some irresponsible behavior. You both claimed to have forgiven each other and moved on, but the issue keeps coming up in arguments over and over again or you still look at your spouse, silently blaming them weeks, months, or years after the problem occurred. It’s worth it to seek out a family therapist to air the issue to and work towards a real resolution.

Don’t wait too long to find help. Letting issues fester without resolution does neither spouse any good, so seek help before your relationship is on the brink. 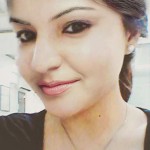 My 4 Life Lessons From Driving Across the U.S.

Hippie Chick: Coming of Age in the ‘60s